Years ago I read a blog post from someone who had collected all the lyrics from all the songs that Suede had released and then produced an analysis of which words were the most commonly used in Brett Anderson’s lyrics.

I thought this was a great idea and decided to try to do the same thing for David Bowie’s lyrics because I hadn’t seen anyone do anything similar in all the hundreds of books, fanzines or magazines about Bowie I have collected.

I set out expecting to find some stellar insights into his published lyrics and to see some obvious links like space>Mars>spaceboy>planets or perhaps London>New York>Berlin>Tokyo. Sadly there was nothing like that to be found but I did find some other interesting observations. 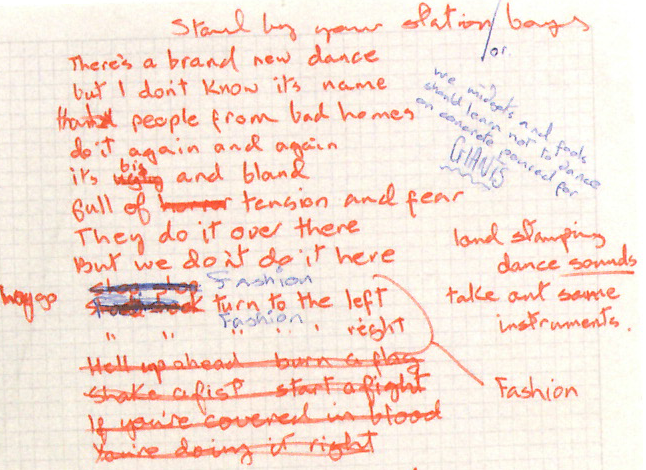 I collected a set of lyrics from some of the many sites which publish them; the official site used to publish all his lyrics but this was dropped when it was relaunched in 2013. Only the last 2 albums are published on there now.